A morning without coffee either means that I am sick or that I overslept. Either way, a morning without coffee means a bad day. The delicious aroma wakes me up in the morning (assuming I am prepared enough to set up the coffee maker the night before) and at this point, I’m sure my blood has been replaced by my beloved brown ambrosia. Unfortunately, loving coffee has implications if you care about the environment. As the second-most-traded commodity after oil, the gas needed to get the coffee into my cup alone is enough for concern. What doesn’t come to mind, though, are the impacts of coffee’s agriculture.

Traditionally, coffee grows in tropical and subtropical environments at high elevations in mountainous areas under the shade of a tree canopy. The mere presence of the tree canopy allows for great levels of biodiversity of plants and animals, as well as eliminates the need for soil fertilizer. With increased demand, though, “full-sun” farms have turned coffee into a monoculture plant, much like corn and soy. Similar to the devastation bees face from monocultivation, rainforest animals and plants suffer from the lack of biodiversity and must adapt, relocate, or else face extinction. On the other hand, shade-grown plantations are second to undisturbed rainforests, according to the American Bird Association, as the best habitat for birds and other fauna in South America.

Brazil and Vietnam are the two biggest producers of coffee in the world. With three-quarters of their coffee farms containing no tree cover, the impacts of the coffee economy are apparent. In producing a higher yield of beans, sun cultivated coffee requires deforestation of jungle habitats, creates a need for soil fertilizer and other chemicals, and makes permanent changes to the local ecosystem. Most full-sun coffee farms grow bitter-tasting robusta coffee plants, typically used in instant coffee and pre-ground cans like Folger’s or Maxwell House. High-end options, like Starbucks, often use arabica coffee beans, a different species of the plant. Arabica plants are more likely to be grown in the shade, but even so, a shocking 41% of coffee farmland had no shade trees in 2010. With the industrialization of coffee farming, processing plants have contaminated waterways from its reliance on fertilizers and other chemical additives. Topsoil erosion has been increasing due to the widespread use of monoculture farms in Brazil, whose crops eerily resemble corn fields in the Midwest.

So what is the environmentally conscious coffee consumer to do?

The answer is simple: we make the effort to consume shade-grown coffee.

Purchasing robusta bean coffee, like a can of Folger’s or the like, support full-sun farms and the destruction of biodiversity. Although cheaper, these items leave a higher carbon footprint and more devastating trail in their wake. Thankfully, the Rainforest Alliance and Smithsonian Migratory Bird Center both certify coffee beans that have been grown sustainably. Organic and fair-trade certified coffee beans don’t necessarily guarantee shade-grown coffee but aren’t a terrible alternative. While both of these options are often more expensive, nothing beats the quiet enjoyment of a morally right and environmentally friendly cup of coffee.

A 26 yo California-born New Englander. Currently slinging groceries in western Mass while pursuing my master's degree in library and information science. View all posts by Sierra Rittue 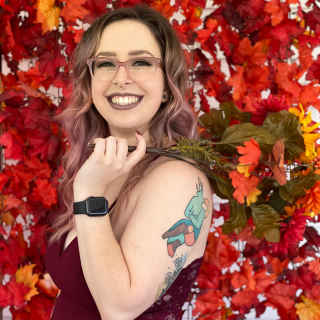 A 26 yo California-born New Englander. Currently slinging groceries in western Mass while pursuing my master's degree in library and information science.